Many IT infrastructure environment have been running for several years in which servers have been added and removed. During this period, many updates and upgrades have been carried out and serious issues arose. One thing is for certain, a lot has happened.

If you take a closer look at the IT infrastructure, some things protrude. In the past, you could choose a particular direction, because that was the customary practice. Five years later on and the world has changed quite a bit, but you still act according to this principle. Let’s look at some examples:

At one point, a serious problem arose. A server crashed and had to be repaired as soon as possible. Often, the most frequently selected solution is to fix the problems with ‘digital duct tape’. The server is working again and the intention is to replace the duct tape with a higher quality solution in the future. However, as a manager, you are preoccupied with everyday concerns and the higher quality solution will never be implemented.

You have hired an expert to upgrade a service. The upgrade went successfully, but afterwards some issues remained. These issues concern cleaning up the old stuff and removing interfaces mainly. You come to the agreement to postpone these concerns.. However, as manager, you are preoccupied with the everyday concerns and the issues remain unsolved.

Before you start a detailed investigation, certain aspects have to be examined. Start with an inventory of the best practices of the various products you use. Many products have defined best practices, emphasize these aspects (?) . In practice, you often see that there are deviations from best practices. Sometimes there are very good reasons for these deviations, but often they originate from lack of knowledge. When deviating from best practices, problems emerge, and this seems inexplicable. Services fall, functionality does not work as expected or a standard software update is not possible.

If you have a clear picture of your best practices, you can start the investigation. Take a close look at the time products reach their end of life (EOL). Examine your monitoring system, what does it tell you? If no monitoring system exists, then this is a good time to start.

Check each server individually. For this purpose, there are various tools available on the market. Some cost money, but there are several tools without license costs. Microsoft developed a Best Practices Analyzer (BPA) for each Windows Server role. This quickly tells whether something is entirely correct. OpenVAS can help you find security vulnerabilities.

Talk to users and ask for their experience with the product. You could hire an external agency for this. They will provide you with an extensive research that demonstrates where your IT can be improved. You can also talk to a number of key users and ask the simple question, “How do you experience your work place and what would you like to see improved?”

During the investigation, it is very important to record everything. Every issue you find, you should write down. How small and insignificant it may seem at that time. Give each issue a rating between ‘nice to know’ and ‘here we need to do something right now’.

Based on this list, you can then create an improvement plan to resolve the issues. Some issues can be solved by upgrading or migrating to a new version. Other issues are interdependent. An improvement plan is meant to solve issues one by one. It focuses on eliminating overdue maintenance and describes activities for a couple of months. The IT environment itself is not lifted to a higher level by this process.

Is there a lot to be done? In that case, it is wiser to draw up a roadmap. A roadmap describes how to lift part or the whole IT environment to a higher level. A roadmap is more extensive and describes activities for at least one year.

Martijn Bellaard has worked for three years as a lead architect at TriOpSys. Since March 2017, he followed his dream and he became a lecturer at the Utrecht University of Professional Education. This article was published on 14-03-2016. 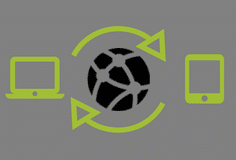