This is the final month of the year 2016; the year is almost over. This is a great moment to look back and regard the state of the adaption of IPv6 in the Netherlands and worldwide, and view the status in the Netherlands in proportion to other countries. The reference point for the data is the amount of IPv6 address blocks that have been distributed and the amount of network-/website connections that have been made over IPv6.

Google is the largest search engine at this moment and is accessible over IPv6. Google has been collecting statistics regarding IPv6 for many years. This data reflects the amount of visitors that visit Google over IPv6. This information can be retrieved from: https://www.google.com/intl/nl/ipv6/statistics.html.

On 1-1-15, approximately 5% of all users worldwide visited Google over IPv6, which increased to approximately 10% on 1-1-2016. On 17 December, this increased to 16%, a growth of 6%. In the years before, this percentage doubled per year. Whether we will be shown a final sprint this year of 20% is rather doubtful, but the growth per year has increased, from 5% to 6%. In an earlier article, I have shown that at-home users utilize IPv6 more often than companies do. With the Christmas holiday around the corner, we might reach 17% or 18%.

Google indicates that the adoption of IPv6 in the Netherlands is approximately 8,49%. This is less than the 16% worldwide. In France it is 14,12%, in England 16,58%, in Germany 27,54% and in Belgium 48,16%. Compared to these countries we are lagging in the adaption of IPv6. If we consider countries such as Italy (10,7%) and Spain (0,14%), our percentages is better. The Netherlands is not leading the field, but keeps up a steady pace with the rest of the European countries.

Another website that is worth mentioning is Akamai (www.akamai.com). This website collects the data regarding the adoption of IPv6 by country and provider. The Netherlands is ranked 20th (8,6%). This is slightly higher than Google’s measurement, but the deviation is small. This difference can be explained by the location of the measurement. Both websites have their own ‘ecosystem’, which does not involve the entire internet.

Akamai shows the growth in an interesting manner. Around 1-1-2015, this was approximately 1%, while this increased to 3% on 1-1-2-16. This shows an explosive growth: ~3 times more. If we continue this growth, this will have increased to 25% next year, and 75% the subsequent year.

This site also shows where the growth is originating from. We are able to tell the development of the growth for each provider.

XS4All
Upon inspecting the data belonging to XS4all, a slow increase can be seen. In the beginning of 2015, the percentage was 50%, increasing to 54% in 2016 and further increasing to 61% currently.

Ziggo
Another prominent company is Ziggo. At the beginning of this year, the percentage was not even worth mentioning at 0,5%. Currently, this has increased to 7,5%. Ziggo has started implementing IPv6 and this is shown in the data.

Vodafone
At the beginning of this year the percentage was 0%, which has increased to 11,9%

This is a selection of the providers in the Netherlands that show the highest growth.

The graph of the AMS-IX (https://ams-ix.net/technical/statistics/sflow-stats/ipv6-traffic) shows something remarkable. A couple of weeks ago, the utilization of IPv6 has doubled. This corresponds to the aforementioned data in the previous paragraph: a couple of the biggest providers in the Netherlands are implementing. Modern operating systems support IPv6 standard and prefer IPv6. When providers activate IPv6, many users will start communicating via IPv6.

The promise of ‘IPv6 is coming’ seems to be fulfilled. If Ziggo keeps implementing IPv6 at this rate, all customers will have access to IPv6 at the end of 2017. The same applies to Tele2 and T-Mobile.

At this moment, companies are lagging behind, but slowly the ‘business case’ of IPv6 is becoming more apparent. In a previous article, I have shown that the comment ‘it is not used at home’ is not entirely correct. At the end of 2017, this comment will be incorrect completely.

Thus, it is case to start implementing IPv6 and see what IPv6 has to offer for your organization.

Martijn Bellaard has been working for TriOpSys as a lead architect for 3 years. At the beginning of 2017, he has pursued his life-long dream and has become a teacher at the Hogeschool van Utrecht. This article has been published on 26-01-2017. 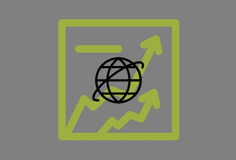